Last week a group of volunteers and members of the local history group gathered outside Piccadilly station, overlooking the London Road fire station and the Edwardian warehouses of the early 20th century. Met by our guide, Sue McCarthy, we were given the background to the station’s construction and walked around the building’s exterior. 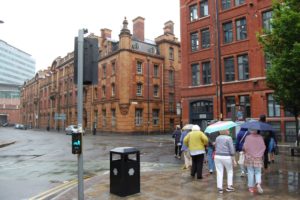 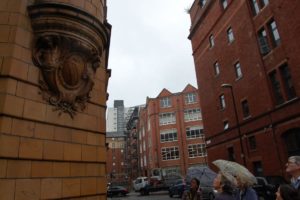 After sheltering from the intermittent drizzle, we entered the station’s courtyard: 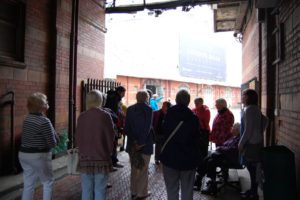 From here we entered the Engine Room where the fire engines were stationed, ready for service. We were much impressed by the tiling (less so by the additional layer of paint!), and the overall level of craftsmanship was superb. Tales of the firemen flying headfirst down the poles, stopping as close to the ground as they dare, were among the many wonderfully interesting details which really fired the imagination. 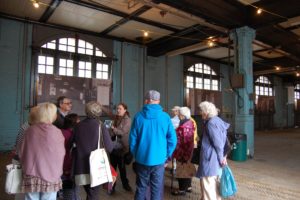 In the bays where the fire engines were once readied, we were shown old images of the station.

After viewing the vehicle maintenance area, we re-emerged into the courtyard to hear about the tower (along with its vigilant eagles) and the practise area, each again supplemented by archived images of the fire station. A couple of ghosts are reputed to haunt the building, and we were given their stories from the safety of the courtyard! 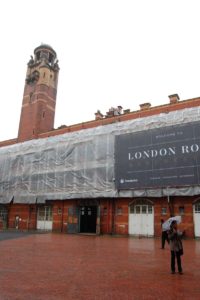 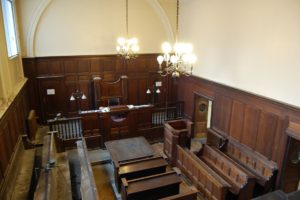 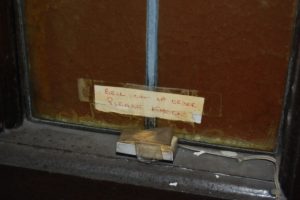 Following the closure of the coroner’s court few changes had been made, allowing us to view notices such as these.

Many thanks to our wonderful guide, Sue McCarthy, for a very entertaining and informative afternoon. It was a privilege to view this superb building with so many of its original features before its transformation by Allied London.